skip to main | skip to sidebar

End of the Worlds, S of France and heading home.

We did get to Foligno, and Flocky, Trent and I did get shoes and pedals. Dave and Neil came along for support and it turned out a good team bonding exercise centred around a bar run by a very easy on the eye 21 yo Albanian girl.
Could have been awkward if most of the Aus team had got wiped out together, but we survived despite getting bogged during some oncoming truck evasion manoeveres. Obviously pilots do not have no entry signs in the sky! 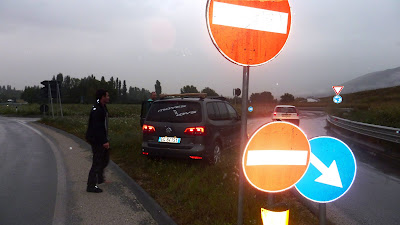 The end of the worlds was anticlimactic with the last task being called due to some suss air around launch. Attila had launched early and completed the task in about 2 hours.

The closing ceremony had lots of flag waving and the Italians also had much to wave their flag about. 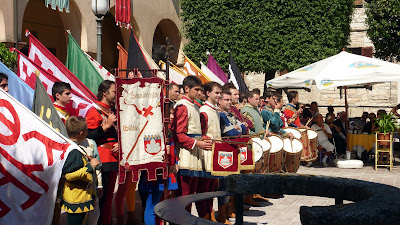 Predictably the flying became epic the day the comp finished. Grant Crossingham from team Pom and I flew to Castellucio after the presentation. Louisa chased us with their two kids so we did not bother coming back. After doing a circuit of the awesome valley we landed and had dinner in the town. 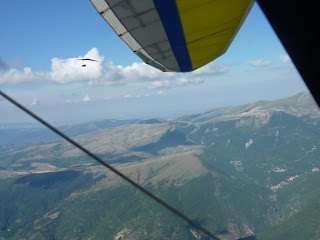 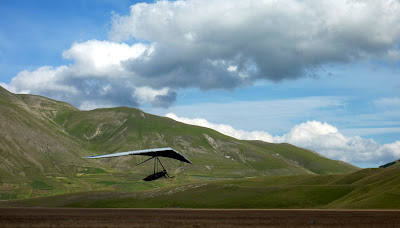 Next day I helped drive Francoise and Margo to their magnificent home just outside Montpellier.

I had some interesting flying in Francoise's S3 nearby, first at Ganges: 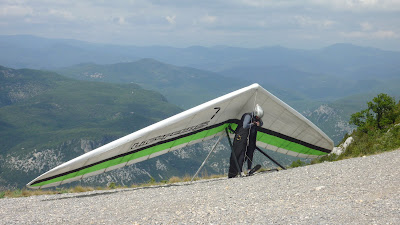 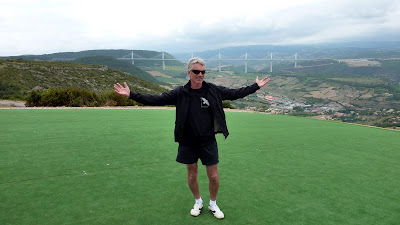 ﻿
Home via Annecy, Geneve, Rome and Singapore. Hell Australia's a long way from anywhere!
Posted by Steve Blenkinsop at 7:15 AM No comments:

A break from wind and rain and we sqeeze in a 110km race. Scary death gaggle at Gubbio followed by 60 pilots arrriving in goal in 5 minutes. (No exageration http://www.cucco2011.org/) 94 total. Nobody hit anyone but it was interesting. Alex Ploner takes the lead after getting into goal 5 minutes before the peleton. I hung onto 17th overall as everyone was so close. The team drops a few spots but there are only a few points in it. The weather does not look good for the rest of the week but there may be windows to get a task in.

I am running out of tourist stuff to do but did see some awesome caves yesterday. 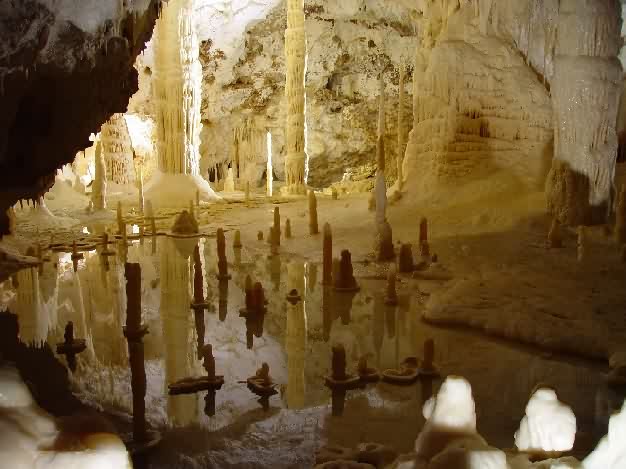 Frasassi Grotto
Some great bike shops here in Italy and everyone is happy to talk about Cadel when they find out you are Australian. Loking at buying some Sidi's.﻿
Posted by Steve Blenkinsop at 1:41 PM No comments:

Finally got a task in. We flew Sabbasio right above Assisi. Jonny and
I made goal for the Aussies, 22 out of 145 got in on a very demanding
day with strong wind at altitude.
http://www.cucco2011.org/
It was wierd landing at goal and spectators knowing exactly where you
got low and how you went as they were following the live trackers. If
we fly they are turned on about 12:30 local time if you are
interested.
http://www.livetrack24.com/

Off to get some rest, maybe another 5 hours tommorow.


Back to thunderstorms the next day and no flying. 5 pilots got a zero for hitting Perugia airspace, two had made goal. Hurts.
Posted by Steve Blenkinsop at 7:22 AM No comments:

The first flying day was blown out so we went on a tourist drive to Castelluccio. Stupidly we did not take our gliders. The German team did, found it quite flyable and got to 13,000ft in wave. The Castellucio valley is like nothing else I have seen. The floor of the valley, at 4000ft, is dead flat and encircled by beautiful flyable hills.It seems to have its own weather. Wildflowers give the valley patches of vivid colour. 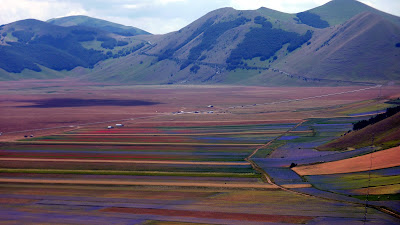 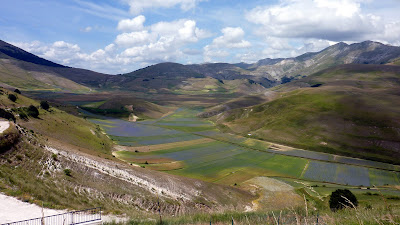 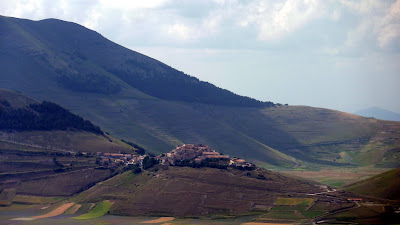 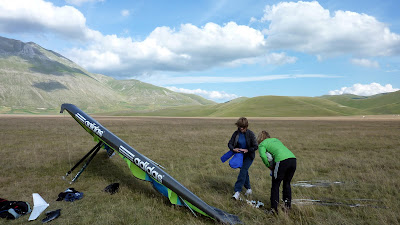 In the evening free food and wine was put on by a recently renovated wedding reception location. Stunning.

Posted by Steve Blenkinsop at 10:02 AM No comments:

The weather has turned crap but we got in an awesome practice day when it was possible to fly anywhere. 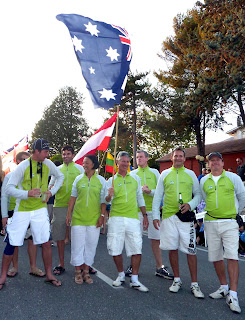 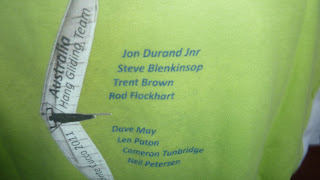 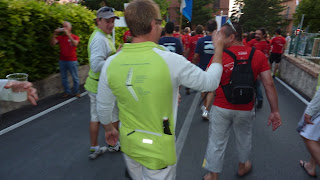 Note Aus team shirt with built in Stubby holder as worn by Brown Tent
Posted by Steve Blenkinsop at 2:05 AM No comments:

Goodbye Switzerland hello much more affordable Italy.
Drove with Trent and Roberto over the Nurfenen pass and across northern Italy to Swiss Nic'c other house near Bassano. Absolutely beautiful spot. Huge clubhouse and restaurant in the landing area. This vid gives an idea of the convenience of the ramp launch and the beautiful flying. Naturally a restaurant at launch.

Now off to Cucco for the main event.
Posted by Steve Blenkinsop at 9:00 AM No comments:

Agood last day back on my RS3.5 and in my own harness.
http://www.shv-fsvl.ch/sport/resultate/delta/
Posted by Steve Blenkinsop at 10:50 PM No comments:

Steve Blenkinsop
Adelaide, South Australia, Australia
I am a Physics teacher at Hallett Cove School in SA. I could not be here if it was not for the understanding and support of my wife Liz and children Alex and Patrick. I also want to thank those who have donated to the team fund and are credited on the HGFA website. This is my 6th HG Worlds. I got lucky in '85 in Kossen coming 9th and in Ager in '89 I was 5th. After a break from international comps it has been a good challenge getting back in the team. My goal this time is to see Australia win the team and individual Gold.